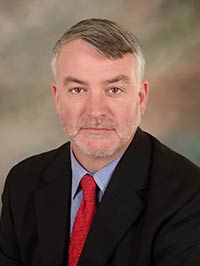 Chris was raised by his mother and father, the latter of whom retired as Lt. Colonel in the Army in Alexandria, Louisiana. Chris obtained a bachelor’s degree in Psychology from Huntington College in 1991. He subsequently attended Mississippi College where he earned a Master’s Degree in Counseling Psychology in 1994. In 1999, Chris obtained his Juris Doctorate from Thomas Cooley Law School. While attending Thomas Cooley, Chris was on the Dean’s list, earned a scholarship for his exemplar grades and was named a distinguished Freshman. Before joining Nicole at Ferry & Ferry, P.A., Chris worked at a private firm specializing in criminal defense and workers’ compensation.

Today, in addition to his work with Ferry & Ferry, P.A., Chris served as a child support hearing officer for the counties of Escambia and Santa Rosa, Florida, for 3 years.